What would you say was the most important outcome of the fast reactor conference?

The FR17 conference attracted a lot of attention from scientists, engineers and nuclear professionals from around the world. FR17 followed up on two previous IAEA international conferences on fast reactors, held in 2009 in Japan and 2013 in France. The aim was to exchange information on national and international programmes, and more generally on new developments and experiences in the field of fast reactors and related fuel cycles. The goals included identifying and discussing strategic and technical options, promoting safe and sustainable development, identifying gaps and issues that need addressing in relation to deployment, and engaging young scientists and engineers on innovative concepts. The main conclusion shared by FR17 participants is that fast reactor technology is mature and can be a sustainable source of energy for the coming generations. Mikhail Chudakov, IAEA Deputy Director General and Head of the Department of Nuclear Energy, who was also a General Co-Chair of the conference, said: “Fast reactor technology is a bridge to a future of reliable and safe nuclear energy.”

Before the conference, a competition to promote young professionals in the field of fast reactors was conducted, and the winners were given an opportunity to discuss their research proposals in Yekaterinburg. FR17, as the biggest forum for information exchange in this field, provided a platform and a unique opportunity for young researchers to discuss their ideas with experienced professionals.

The technical visit to the two fast reactors at the nearby Beloyarsk Nuclear Power Plant – the BN-600 and BN-800 – provided a unique opportunity for the attendees to get a comprehensive overview of the only two industrial-size fast reactors in operation in the world. The local organisation was excellent and the conference host, Russian State Atomic Energy Corporation Rosatom, provided continuous support throughout the event.

How many countries and individuals participated in the conference? How many papers were delivered?

There were more than 600 participants from 29 countries and seven international organisations. Overall, 460 presentations were made. Seven keynote speeches were delivered by representatives from the countries with active fast reactor programmes, including China, India, Japan, France, Republic of Korea, and Russia. Four representatives from international organisations (EC/JRC, OECD/ NEA, GIF, and IAEA) also delivered keynote speeches. All contributions will be published in the FR17 Conference Proceedings and made freely available online. Of special interest was the Young Generation Event and the two discussion panels on safety design criteria for sodium-cooled fast reactors (SFRs) and small modular fast reactors.

Apart from Russia, which countries are most interested in developing this technology?

Nowadays the major players include China, France, India, Japan, Republic of Korea, Russia, and the United States. However, there are some countries which are represented in the IAEA Technical Working Group on Fast Reactors and which have significantly contributed to FR17 that are interested in fast neutron systems as a technology for the long-term sustainability of nuclear energy.

Is the interest mainly for energy production or to support waste management?

The main interest is in providing a sustainable energy source that allows for a much more effective utilisation of natural uranium resources. At the same time, sustainability cannot be achieved without appropriate waste management – and fast neutron systems can provide this as a “bonus”. Therefore, both energy production and waste management come together, and both are taken into account in the innovative reactor designs and related fuel cycles presented and discussed at the conference in Yekaterinburg.

What are the different fast reactor technologies on offer?

Today, the field of fast reactors is full of fascinating developments, some of which will have an impact in the nearer term and others in the longer-term. SFRs remain the most mature technology, with an operational experience of more than 400 reactor-years. Several alternative coolants have been studied, and several innovative FR concepts have been developing, but these new designs have to be proven through practical experience before they can be made available on a large commercial scale.

Why is liquid metal used as a coolant for these reactors?

The most common coolant for nuclear reactors, water, is not used in fast neutron systems as water slows down neutrons. Therefore, other coolants were considered and liquid sodium was chosen as a best candidate from the very beginning of the nuclear reactor era. By the way, the first reactor that generated electricity was cooled by liquid sodium and it was a fast reactor: the Experimental Breeder Reactor, in the US state of Idaho. Liquid sodium became mainstream in fast reactor technology because it has several key advantages. Sodium has a higher boiling point and can extract more heat, allowing higher power density and higher temperatures with respect to a water-cooled reactor; that is, smaller reactors can produce more energy and generate more electricity. The disadvantage of sodium is its chemical reaction when comes in contact with water and air. To overcome these, other liquid metals have been proposed as coolant. Lead-Bismuth Eutectic (LBE) was used in Russian nuclear- submarines in the 1960s. Lead has come to be considered as another candidate for fast reactors. These heavy-liquid metal coolants are chemically inert, in particular with air and water, which allows for simplification of heat transfer system. However, liquid metals are not the only possible coolants for fast reactors. Gas coolants, such as helium, and molten salt mixtures are also being studied. However, while many coolants are possible and are being considered, the only coolant currently in use in operating fast reactors is liquid sodium. All others will require more study and experimentation.

How many fast reactors are currently operating worldwide and how many are under construction?

Only two industrial-size reactors are in operation: the BN-600 and BN-800 at Beloyarsk NPP near Yekaterinburg. Some experimental fast reactors are in operation elsewhere, such as the BOR-60 in Russia, FBTR in India and CEFR in China. Some reactors have been operated in the past in different countries but were permanently shut down and are under decommissioning now. Later this year, we expect that India will start the Prototype Fast Breeder Reactor (PFBR), an industrial-size, 500MWe sodium-cooled fast reactor.

Is the closed fuel cycle a practical possibility in the near future?

Partially closed fuel cycles are already deployed in some countries. However, the implementation of a fully closed fuel cycle with multi-recycling of actinides still needs some development and above all industrial demonstration. Several countries are working both on advanced fuels and fuel cycles, so deployment can be expected in the coming decades along with a fast reactor fleet.

What is the time line for the large-scale introduction of fast reactors into the global nuclear fleet? Will they eventually replace conventional reactor technology?

Has there been any experience in decommissioning fast reactors? What about the disposal of the liquid metal coolant?

Many experimental and industrial-size fast reactors have been shut down and decommissioned. Considerable knowledge and experience is currently being accumulated in the field of decommissioning of the reactors and other sodium facilities. The IAEA continuously collects and shares the experiences gained from the decommissioning of both active sodium loops and SFRs. The conclusion of the IAEA experts is that the decommissioning of fast reactors to reach safe enclosure presents no major difficulties and that can be accomplished mainly through judicious adaptation of processes and procedures implemented during the reactor operation phase and the development of safe sodium waste treatment processes. Several presentations at FR17 were devoted to the treatment and removal of radioactive waste from the sodium coolant. All these papers will be freely available online soon.

What is the role of the IAEA in supporting fast reactor development?

The IAEA has been providing a platform for Member States to participate in and share experience and knowledge on the development and deployment of advanced and innovative fast reactor technologies since the creation of the Agency in 1957. Since 1967, the keystone of the Agency’s activities in this field has been the Technical Working Group on Fast Reactors. We seek to ensure a result-oriented, programmatic response to Member State priorities by organising international conferences on fast reactors, technical meetings, training courses, workshops and preparing state-of-the-art reports, toolkits and databases. We also launch on a regular basis a number of so-called Research Coordination Projects on several aspect of FR science and technology, which are always very well received and participated in by our interested Member States and stakeholders. Our publications contain best practices and guidance on advanced reactor technologies with a view to addressing specific needs of Member States. I’d like to invite NEI readers to visit the web site www.iaea.org/topics/fast-reactors to get the latest news on our activities.

How can the safety of fast reactors be ensured? Are passive safety systems a possibility?

The nuclear power community has learned a lot of lessons from past accidents. All innovative reactors are designed to be much safer with the goal to practically eliminate the possibility of severe accidents, such as a large core meltdown. For example, so called Gen-IV reactors, including fast reactors, will be equipped with both active and “passive” safety systems, i.e. those that take advantage of natural forces or phenomena such as gravity, pressure differences or natural heat convection. Passive safety systems will include passive shutdown systems and passive decay heat removal systems.

As all existing fast reactors are experimental or prototypes (even the industrial-size ones), and the actual cost is not in the public domain. It is difficult to compare them with conventional serial water-cooled reactors. The cost of reactors is sensitive to so many factors; it is not always possible to compare costs. Some estimations show the capital costs of SFRs could be 30 percent to 50 percent higher than for the current fleet of the water-cooled reactors. We also know of other forecasts that predict the capital costs could be somewhat similar when fast reactors are serially deployed. For example, according to the developers of the innovative, new generation sodium-cooled Russian fast reactor BN-1200, the capital costs will be comparable with the evolutionary water- cooled VVER-1200. I should note again, that all those cost predictions can only be confirmed once we have more experience. 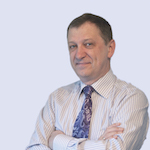