Romania is preparing for refurbishment of Cernavoda 1. 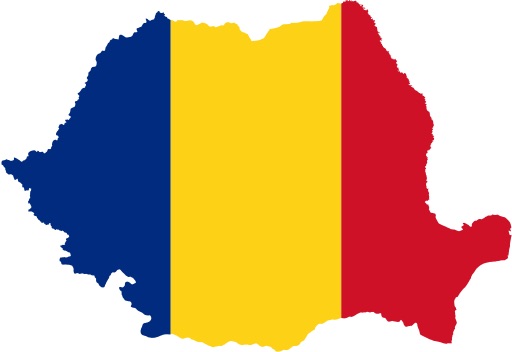 ROMANIAN NUCLEAR UTILITY SOCIETATEA NATIONALA Nuclearelectrica (SNN) announced in February that its shareholders had approved the investment decision in the project to refurbish Cernavoda 1.

Cernavoda has two commercially operational Candu 6 pressurised heavy water reactors, which were supplied by Atomic Energy of Canada Ltd and built under the supervision of a Canadian-Italian consortium of AECL and Ansaldo. Construction of the two-unit station began in the early 1980s. Cernavoda 1, with capacity of 706MWe, began operation in 1996.
The refurbishment work will have three phases.

Phase 1, system analysis and design engineering, is already under way. Phase 2, between 2022 and 2026, starts with an investment decision and includes securing financial resources for the project, preparing to execute the activities identified and defined in phase 1, and obtaining all approvals. Phase 3, planned for 2027 to 2029, will begin with the shutdown of unit 1 and will include the refurbishment and restart of the unit for commercial operation.

“The refurbishment of unit 1 is a project that the Nuclearelectrica team has been working on continuously since 2017, respecting the production schedule. It is a strategic project for Romania and for achieving its decarbonisation targets,” said Nuclearelectrica general manager Cosmin Ghita. “The refurbishment of unit 1 means another 30 years of operation in conditions of maximum nuclear safety after 2029, at less than half of the costs of a new nuclear reactor.

Extending the life of nuclear units has the lowest cost of all energy sources, including renewables.

In the context of the energy transition and decarbonisation, it means another 30 years of operation without CO2 emissions, avoiding 150 million tonnes of CO2 emissions.”

He added: “With the approval of the investment decision, we move on to the second phase of the project, namely, providing financial resources for the project, preparing the execution of activities identified and defined for upgrading in phase 1 and obtaining all approvals.”

The investment decision was approved based on a feasibility study and a proposal (Scenario 2) for “enhanced safety”. The scheme, as approved by SNN shareholders, includes both Scenario 1 project modifications and additional changes to increase the plant’s nuclear safety margins to meet new, more robust, safety requirements. The current cost for the implementing Scenario 2 is about €1.85 billion, not including inflation.

Ghita said that Nuclearelectrica is in the process of recruiting and training a new generation of specialists. “Last year we recruited 500 colleagues, and this year we plan to have a similar number, “ he said.

Who will be involved in the project?

In August, Canada’s Laurentis Energy Partners announced a contract award to its subsidiary, Canadian Nuclear Partners (CNP), as owner’s engineer to support refurbishment at Cernavoda. The contract with SNN calls on Laurentis’s engineers and experts to provide technical assistance, representing the utilities’ interests in planning the refurbishment of Cernavoda 1.

Laurentis is a subsidiary of Canadian utility Ontario Power Generation (OPG), which owns and operates Candu nuclear generating stations at Darlington and Pickering in Ontario.

This was Laurentis’s second contract with SNN for its upcoming refurbishment, scheduled to begin in 2026/27, pending regulatory approval. Last year, Laurentis and CNP announced their first contract, to develop a conservation programme that will protect the integrity of Cernavoda 1’s reactor water systems during the refurbishment.

As owner’s engineer, Laurentis is providing a team of experts and technical skills in refurbishment to support SNN’s activities in several areas. These include plant- condition assessment; planning refurbishment; planning infrastructure to support the project; cost estimates and analyses; project modifications to ensure nuclear security, operability, and maintainability of the unit; and reactor performance.