Enrichment excess is here to stay

The enrichment market has been hit hard by low prices stemming from oversupply, which show no signs of dissipating. Suppliers are coping by redirecting excess capacity to uranium production. By Thomas Meade and Eileen Supko

Although discussions of the impact of oversupply in the nuclear fuel market tend to focus on uranium, the enrichment market has arguably been the hardest hit. As noted last year, now that 100% of primary enrichment supply uses centrifuge technology, it has lost the flexibility to adjust production to market demand. Since the technology has low cash operating costs, competitive prices in a market characterised by over-supply are now lower than when higher prices were needed to support new capital investments.

Over the past ten years, the enrichment market has transformed from a market characterised by new supply (both for gas diffusion plant replacement and for anticipated demand growth) to a market where plans for expansion or new plants have been shelved and suppliers compete aggressively for limited sales opportunities generated by highly committed customers with stagnant demand.

The ability to redirect excess enrichment supply to uranium production by underfeeding (operating at low tails assay) and enriching existing tails material continues to provide an alternative revenue stream for excess enrichment supply, but to the detriment of the uranium and conversion markets where the resulting uranium supply is estimated to average more than 8000tU/yr through 2020 before declining.

Growth is strongest through 2020, at an average of 5.9% per year. Growth between 2020 and 2035 averages 2.8%. Led by China, growth is strong in East Asia, but a significant increase also takes place in the Other region. The ERI requirements outlook is more conservative than the World Nuclear Association 2013 forecast, particularly over the next five years. Enrichment requirements benefit from the assumption that average transaction tails assays decline to 0.20 w/o U-235 by 2020.

Primary enrichment services supply is effectively provided by three active primary suppliers - Urenco, Rosatom and Areva. China National Nuclear Corporation (CNNC) is trying to establish itself as a fourth supplier to the world commercial market. Centrus no longer has primary capacity and is a trader, utilising dwindling inventory and purchases from Russia to fulfill existing backlog.

Rosatom has the largest enrichment capability of any supplier, operating four centrifuge enrichment plants located in Russia. Production during 2014 is estimated at 27 million SWU. Rosatom exports include direct and indirect sales to Western customers and totalled 8 million SWU during 2014. That was an increase, as it was the first year 20% of the US market was opened up to direct sales, but the increase was partially offset by lower sales to the EU. Exports are expected to continue to grow. Exports of Russian enrichment services are constrained by US and European trade policies as well as end-users' diversification and security of supply policies. Rosatom also prefers to market EUP and dedicates a significant portion of its enrichment capacity to uranium production. As a result much of Rosatom's enrichment capacity is used to underfeed commercial enrichment contracts and to re-enrich depleted uranium tails. An operating tails assay of 0.13 percent by weight (w/o) U-235 tails is assumed, which reduces nameplate capacity by approximately 5%.

Areva's new plant, Georges Besse II (GB II), became operational in 2011, reached 6.4 million SWU in 2014, and will ramp up to its nameplate capacity of 7.5 million SWU per year by 2016. The proposed US Eagle Rock Enrichment facility remains indefinitely suspended and Areva has no plans to expand Georges Besse II at present. Areva's financial struggles and proposed sale of some divisions to EdF are not expected to affect the enrichment business.

Jointly-owned ETC manufactures the centrifuges used by Areva and Urenco. Faced with a dearth of new orders for the foreseeable future, ETC has been restructured, severely reducing its manufacturing capacity. Ramping machine manufacture back up in the future will take many years and require firm customer commitments.

China is estimated to have 3.7 million SWU per year of centrifuge enrichment capability owned and operated by CNNC. The majority of this is used internally, but Chinese exports to the USA and Europe are growing, marketed by two CNNC subsidiaries (and their agents). Approximately 1 million SWU was delivered to western customers in 2014. The current Chinese enrichment capability uses both centrifuges imported from Russia (1.5 million SWU) and indigenous Chinese technology (estimated 2.2 million SWU). The first plant using Chinese centrifuge technology started pilot operations in 2010. Total Chinese centrifuge enrichment capacity is expected to expand dramatically, as China wants to fill its own requirements with domestic supply.

Other capability is primarily in Japan, where JNFL operates a single 75,000 SWU cascade of its next-generation centrifuge. JNFL plans to slowly increase capacity to 1.5 million SWU but the schedule has been delayed in the wake of Fukushima.

Brazil operates a small uranium enrichment facility at Resende with a capacity of about 25,000 SWU at the end of 2014. Resende should slowly ramp capacity up to 200,000 SWU, but progress has been slow.

Iran has a small centrifuge enrichment capability, which will be limited to about 10,000 SWU per year for the next 15 years if an accord with six nations, led by the USA, is successfully concluded.

The US-Russian agreement for down-blending highly enriched uranium (HEU) ended in 2013. However, an estimated 0.5 million SWU are still derived from Russian HEU directly blended with European RepU. This supply source will decline in the future, as supplies of the non-weapons grade HEU are limited.

Total releases to the commercial enrichment market from the down-blending of surplus US DOE HEU are currently about 1 million SWU and are expected to average about 0.6 million SWU per year between 2016 and 2024. No plans have been announced for the small amount of unallocated HEU that may exist after 2024, but costly HEU down-blending capability may not be maintained for the longer term.

Early closure of reactors has left some utilities with excess inventory of EUP or excess enrichment services. Low-enriched uranium previously created from DOE tails in 2012 and 2013 will be loaded in TVA reactors over the next ten years. In addition, the reactor outages in Japan have caused a buildup of EUP inventory, as some enrichment deliveries are still taking place under fixed quantity contracts.

USEC completed bankruptcy proceedings in 2014 and emerged as Centrus. Centrus has no primary supply capability, but hopes to construct the 3.8 million SWU per year American Centrifuge Plant (ACP) in partnership with others. Centrus has received a licence from the NRC, but has been unable to secure the $4 billion in financing needed, as the ACP is not economically viable. DOE has taken over management of the R&D programme, but its interest in the ACP technology is centred on national security concerns related to tritium production.

Global Laser Enrichment (GLE) received a NRC construction licence for a commercial plant using laser enrichment technology in 2012. The proposed plant would have a capacity of 3.5-6.0 million SWU per year. GLE announced its decision to significantly curtail spending on the Silex laser enrichment technology in July 2014, citing poor market conditions. GLE owners GEH and Cameco wrote off their entire investments, in July and October 2014, respectively. While there have been commercial negotiations with DOE to construct a plant dedicated to the enrichment of tails material since late 2013, they have made no progress and the project appears uneconomic under current market conditions. The prospects for future enrichment supply using Silex technology appear bleak for the time being.

Rosatom's long-term market share is projected to be limited to about 27% of world requirements outside the CIS and Eastern Europe, or 33-36% if the Chinese market is excluded. Rosatom's share goal is 33% of Western-designed reactor requirements.

Excess supply is still apparent on a world basis (see Figure 3) but is dramatically reduced when the Rosatom supply directed to uranium production is removed. The long-term supply excess will exist without any additional supply added by Western enrichers beyond the assumed completion of LES Phase 3 and George Besse II.

The long-term supply adequacy shown assumes that Urenco will replace cascades at the European sites as they retire after 25 years of operation, keeping installed capacity constant. But current market prices and commitments do not appear to justify replacing retiring cascades, so it is likely that Urenco's European capacity will decline. If Urenco does not replace any retiring centrifuges, the supply excess would be eliminated around 2028 and about 7 million SWU of new capacity would be needed by 2035.

Rosatom has been replacing retiring centrifuge blocks after 30 years of operation and it is likely to continue doing so. Approximately one million SWU per year will need to be replaced annually over the next ten years to keep installed capacity constant.

The long-term supply excess is also based on the assumption that CNNC will increase indigenous supply to keep pace with increases in Chinese requirements. This assumption is widely held by the industry, but such a rapid buildout is not a foregone conclusion and details remain scarce. If the rate of increase in CNNC supply is reduced by 50%, a need for new supply could open up around the year 2025, growing to about 7 million SWU by 2035. Conversely, if CNNC's technology proves successful it may become a significant source for foreign customers.

Enrichment market activity appears to have bottomed out in 2014, six years after marketing volumes last registered an increase. ERI's estimate of new commitments executed by end-users during 2014 was 15 million SWU, the same as in 2013. In general, primary suppliers were unable to maintain backlog, as new sales were well below deliveries made during the year.

Suppliers' world market shares are shown in Figure 4 as a percentage of total deliveries by suppliers, excluding recycle (MOX) and utility inventory use. The resale enrichment services purchased from Russia are included in the Centrus market share. Areva, Rosatom and CNNC have increased market share while Centrus's share drastically declined, as was expected. Areva's share should increase as Georges Besse II reaches full capacity. CNNC's market share will rise dramatically to keep pace with China's rapidly increasing domestic requirements, but it remains to be seen how successful CNNC's effort to become a major international player will be.

Trade restrictions continue to influence the enrichment market, but the impact is declining. US Department of Commerce duties on imports of French LEU remain in place. Areva's US market share has declined, as all US deliveries are now sourced from outside France.

Rosatom's direct market share is growing and approximately 80% of the 2014 to 2020 US quota under the Russian Suspension Agreement has been filled. Russia is scheduled to deliver an additional 19.8 million SWU to Centrus between 2015 and 2022 under a wholesale arrangement, but Centrus is having difficulty marketing the full amount. A price and quantity renegotiation may be required, if Centrus is to avoid a second bankruptcy. To date, economic sanctions imposed by the USA and Europe over Russia's role in the Ukraine have not affected nuclear fuel supplies, but some customers remain concerned. Current inventories and supply excess may be adequate to cover a short term disruption, but customers would certainly be inconvenienced if they were forced to replace Russian EUP supply on short notice. A few are known to have contracted for additional supply as a precaution. 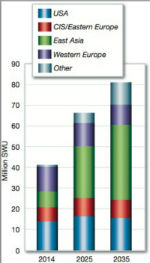 Figure 3. Supply adequacy after redirection of Rosatom supply to uranium production
Post to: