Decades of opportunity for nuclear decommissioning in the UK 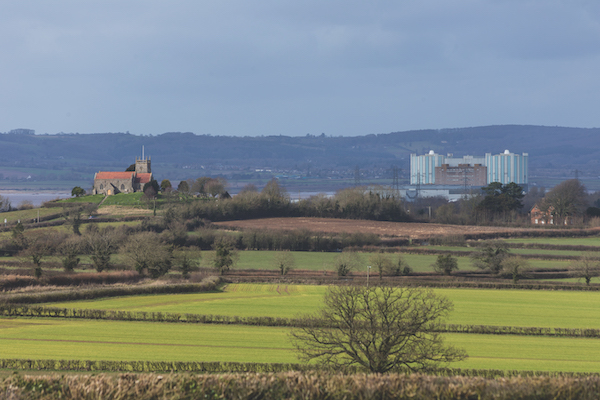 If you were to ask anyone about what they know of the UK’s nuclear industry, the chances are that most people would mention Hinkley Point C.

Europe’s largest civil construction project, this new power station is part of a wider cluster in the South West estimated by industry body, Nuclear South West, to be worth £50 billion to the UK over the next decade.

The region has delivered five power stations since the late 1950s, the highest density of sites of any area in the UK. EDF Nuclear Generation and Magnox have head offices in the Southwest, and it is also home to more than 180 globally significant nuclear-related organisations.

The evolution of these sites is providing opportunities for companies based in, or looking to invest in, the decommissioning of nuclear sites. The opportunities are estimated by regional manufacturing support organisation SWMAS Ltd to be worth around £4 billion over the next decade. In addition, there is further work connected to decommissioning of EDF’s remaining operable advanced gas cooled (AGR) fleet in the pipeline.

Stefan Cecchini, vice-chairman, Nuclear South West, says: “The scale of contractual opportunities available in the South West is impressively wide, and we have an internationally-renowned body of experience and expertise available to support the UK’s decommissioning efforts.

"Opportunities are available now, and the decommissioning programme for a significant proportion of our existing sites will be fast-tracked over the next decade.

“Examples like the preparations for the Continuous Reactor Decommissioning model and contracts available via the older Magnox sites in decommissioning suggest that a readiness mindset is required.

"The region has a positive track record of delivery, innovation and collaboration which is helping to bring forward a new era of nuclear energy in the UK. Alongside this, the next phase of decommissioning provides opportunities for the South West supply chain over the coming years.”

‘This is an exciting time for the sector, which has a key part to play in the country’s transition to a clean energy future.”

The South West hosts four of the 17 sites listed for decommissioning in the UK. These include Hinkley Point A in Somerset, Berkeley on the banks of the River Severn and Winfrith in Dorset (collectively valued at £3.3 billion) and Oldbury. The latter is expected to undergo a decommissioning programme estimated to be worth around £1.3 billion within the next seven years.

Over the medium term, the second generation of nuclear power stations will also be decommissioned, using the Nuclear Liabilities Fund. The Fund has been developed under an agreement between the UK government, EDF and the Nuclear Decommissioning Authority (NDA), which involves handing over responsibility for decommissioning of the AGR fleet to the NDA and Magnox. Seven AGRs operated by EDF across the UK, including Hinkley Point B, will provide opportunities nationally estimated to be worth around £8 billion.

Consequently, Magnox-run stations, including Berkeley, Hinkley Point A and Oldbury, will benefit from a transferable approach, with teams currently working on older decommissioned stations able to share expertise and efficiencies between newly decommissioned sites.

Adrian Peckitt, nuclear supply chain specialist at Somerset-based SWMAS, said: ‘The closure of the AGR stations is being brought forward and with it the potential investment opportunities it will offer. The national guidance from the NDA is clear about the potential this will have for the UK, and there is particular potential for the South West.

“We’re excited for the possibilities this will bring for national and international companies in the region and for existing businesses in the region over the coming years.”

Nuclear decommissioning in the UK

The NDA’s 2019 report on nuclear provision looks at the cost of cleaning up Britain’s 17 historical nuclear sites. It foresees a programme lasting around 120 years, worth an estimated £124 billion in procurements, based on a series of economic assumptions.

Given the timeframes and scale of work, the NDA says this cost could flex between from £99 billion to £232 billion. The pace of technological change, changes in domestic politics, and the global economy, could also have an impact, which the region is working to address.

Building capacity in the South West

The South West is at the forefront of research and skill building, through bodies like the South West Nuclear Hub at University of Bristol, fueling innovation through a variety of programmes and training the future workforce at the SW hub of the National College for Nuclear (NCfN) based at the Cannington Campus, Bridgwater and Taunton College.

It is estimated the region has at least 150 suppliers with decommissioning experience, specialising in areas including manufacture and fabrication, professional services, engineering design, civil construction, and engineering.

The area is championed by the public-private partnership Nuclear South West, bringing together industry, academic and public sector for investment, innovation and growth.

NSW’s Cecchini adds: “The region continues to be a successful combination of opportunity, place and talent. The NDA figures forecast £1 billion will be saved for the taxpayer by outsourcing decommissioning opportunities to private companies, and we have seen the opportunities available first-hand in the nuclear supply chain.

“There is huge export potential for overseas markets, as well as significant prospects for inward investment."

Many areas of activity within these large nuclear decommissioning projects with long delivery programmes will provide significant opportunities for supply chain companies in the South West, especially those with the following capabilities:

These opportunities have been welcomed by AMS Nuclear Engineering (AMS). Based in Bridgwater, Somerset, the company provides I&C, environmental sampling systems and ageing and obsolescence solutions to the nuclear industry.

Its managing director Ben Mellick says: “AMS has enjoyed the opportunities of working within the South West nuclear industry for the past 20 years across all phases of the nuclear power station’s life cycle, from new build, to generation and, finally, to decommissioning.

"This involvement with the stations during their construction and operation has opened up opportunities for AMS in decommissioning."

"The duration of the NDA’s plans and the investment planned naturally make decommissioning a key part of AMS’ long-term future," adds Mellick.

With a forecast of more than 120 years of nuclear decommissioning ahead for the UK, the opportunities within this area will offer decades of future potential for businesses wishing to take advantage of them.