Can France rely on its nuclear fleet for a low-carbon 2050?

EDF has not shown its 900 MW units can be operated that far ahead, says ASN’s annual assessment of nuclear safety in France. Decisions have to be taken soon if nuclear is to play a big part in 2050 – and a ‘Marshall Plan’ is needed to rebuild the industry’s capability 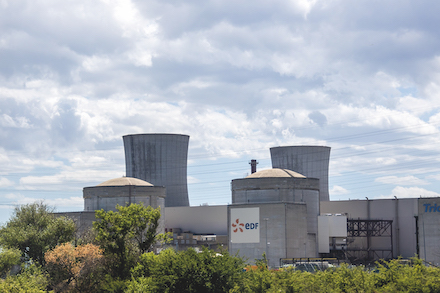 France may have to go back to the drawing board with regard to options for decarbonising its economy, because assumptions it has made on the lifetime of the 900 MW reactors in its nuclear fleet may be unwarranted.

That was the warning in French nuclear safety authority ASN’s annual report on safety in the country’s nuclear industries.

The annual “ASN report on the state of nuclear safety and radiation protection in France in 2021”, published earlier this year, warned of “new energy policy prospects which must address safety concerns at once”. And it reminded operators that “quality and rigour in the design, manufacture and oversight of nuclear facilities, which were not up to the required level in the latest major nuclear projects conducted in France, constitute the first level of Defence in Depth in terms of safety.”

ASN noted that five of the six scenarios presented in a report by French system operator Re´seau de Transport d’Electricite´ (RTE) report on “Energies of the future”, which aims to achieve a decarbonised economy by 2050, are based on continued operation of the existing nuclear fleet. But with regard to the 900 MW fleet, ASN says, it cannot say that those plants can be operated beyond 50 years, based on information it received during the generic examination of the fourth periodic safety review of that reactor series. It added, “Due to the specific features of some reactors, it might not be possible, with the current methods, to demonstrate their ability to operate up to 60 years”.

EDF has 32 operating 900 MWe reactors commissioned between 1978 and 1987 and they are reaching their fourth periodic safety review. This safety review has “particular challenges”, ASN says. In particular:

Too optimistic on new-build?

The safety authority also noted that one RTE scenario had almost 50% nuclear in its electricity mix in 2050. It said, consultation with industry revealed that the rate of construction of new nuclear reactors in order to achieve such a level would be hard to sustain. RTE had seen the potential limits to new-build, and that meant it had also based this scenario on the operation of some reactors beyond 60 years and the continued operation of the others until 60 years.

ASN highlighted this presented electricity supply as well as nuclear safety risks. It said, “This scenario, which is based on fundamental hypotheses of an operating lifetime which cannot at present be confirmed with regard to safety, also entails the risk of leading the electricity system into a dead-end, if the number of reactors able to operate until or indeed beyond 60 years proves to be insufficient, and if this were only known belatedly.” It warned of a potential ‘cliff-edge’ in electricity production capacity if the fleet of reactors started up in the 1980s were shut down within a short window.

ASN said that to justify the scenario planners must justify life extension to 60 years – “with sufficient margins for dealing with major or generic unexpected scenarios” and with back-up plans that would allow at least 15 years to take an alternative route in order not to compromise safety.

More broadly, ASN said whatever France’s energy policy, it will “imply a considerable industrial effort, in order to tackle the industrial and safety challenges.

If nuclear power is needed for 2050, the nuclear sector will have to implement a ‘Marshall Plan’ to make it industrially sustainable and have the skills it needs.

It warned that “Quality and rigour in the design, manufacture and oversight of nuclear facilities... were not up to the required level in the latest major nuclear projects conducted in France”.

It also warned that more work was also needed in fuel chain facilities. It said a series of events “is currently weakening the entire fuel cycle chain and is a major strategic concern for ASN requiring particularly close attention”. Most urgent is a build-up of radioactive materials and delays in construction of a centralised spent fuel storage pool planned by EDF to address the risk of saturation of the existing pools by 2030. The need for the pool was identified back in 2010, but work has not begun.

ASN said the combination of shortcomings between fuel cycle and nuclear plants meant the electricity system “faces an unprecedented two-fold vulnerability in availability”. New vulnerabilities like the discovery of stress corrosion cracking mostly “stem from the lack of margins and inadequate anticipation,” ASN said, and “must serve as lessons for the entire nuclear sector and the public authorities.”

However, at the same time ASN noted that nuclear was more needed than ever and acknowledged that given demand growth, France “will have to carefully weigh its decision to shut down an additional 12 reactors by 2035”. Alongside that decision it will have to consider, by the end of the decade at the latest, whether or not to continue reprocessing spent fuel after 2040, to allow for refurbishment or alternative solutions.

An energy policy comprising a long-term nuclear component “must be accompanied by an exemplary policy for the management of waste and legacy nuclear facilities,” ASN said.

The winter of 2021-2022 was marked by low availability of EDF’s nuclear fleet and the lack of anticipation of that was also mentioned by ASN. “This was for a number of reasons, some of which could be foreseen, others less so”, ASN said. EDF would have known about the delayed commissioning of the EPR at Flamanville, the shutdown of two units at Fessenheim and the schedule – set up in 2018 - of major overhauls. “This lower availability has been predictable since 2018, ASN said”. The impact of the Covid-19 pandemic was unforeseeable, the authority admitted (Covid restrictions meant maintenance and refuelling operations took longer, reducing output).

ASN also made further comment on the discovery of stress corrosion cracking in reactors (which is still keeping reactors offline this winter). Sounding a note of exasperation, ASN said the build-up of events “illustrates the absolute need – as ASN has pointed out to the public authorities and nuclear sector stakeholders numerous times – to maintain design-basis margins for the electricity system and the installations, in order to deal with unexpected events and avoid having to resort to a trade-off between the safety of installations and the availability of electricity supply.”

Following the Fukushima Daiichi accident, France has aimed to implement a so-called ‘hardened nuclear core’ of material and organisational provisions at French reactors. The aim is to limit fuel melt accidents and large-scale radiological releases and aid the operator in the event of an emergency.

The most important measures include: