All change at the front end?

With nuclear on the ascendant and geopolitics shaking up the industry, the fuel cycle front end is more active than it has been for years 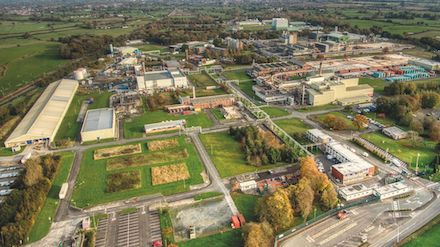 Above: Springfields in the UK has a long nuclear history and its fortunes could be revived once again by market changes in the front end fuel cycle

There is no better illustration of how global events are causing structural change in the nuclear fuel supply chain than the UK’s venerable Springfields site.

A gaseous diffusion enrichment plant at the site dating back to the cold war era disappeared decades ago, replaced by a business park. Fuel fabrication is still carried out at the site for the UK’s dwindling fleet of AGRs, but other areas of the site have been in a care and maintenance regime, with decommissioning in prospect. However, in December the UK government announced it would provide investment of up to £13mn for Westinghouse’s Springfields nuclear fuel fabrication operation, to help the company develop the capability to convert reprocessed uranium and freshly mined uranium to make new fuel. The Springfield site may also be required by Cameco to help fill growing gaps in the fuel supply market – conversion and enrichment, and fuel for Russian-supplied VVER reactors. Among the facilities in care and maintenance Springfields has a conversion capacity that closed in 2014, but its owner Westinghouse itself has a new owner in Cameco and that company has already said that more conversion capacity will be needed and that could include a further Springfield revival.

Meanwhile, two other organisations at the site won government funding in September for engineering studies to help produce new types of fuel for advanced reactors.

National Nuclear Laboratory (NNL) will work with JAEA and Urenco to deliver a domestic commercial fuel supply, starting with the first fuel load, for a High Temperature Gas-cooled reactor (HTGR) demonstration project. They will collectively develop the necessary coated particle fuel to full scale commercialisation, with a view to supplying markets worldwide. In a separate project Springfields Fuels Ltd will join with Urenco to commercialise TRISO as the standard fuel type for contemporary HTGR designs.

In contrast with much of Springfields’ history, the new fuel opportunities are in a competitive environment. The UK faces competition from the USA, where government funding (via Idaho National Laboratory) recently saw an award of $37mn to BWX Technologies to support the company in manufacturing Triso fuel at its Lynchburg facility in Virginia, using downblended government stockpiles of high-enriched uranium. The fuel would be used in microreactors designed to be transported in standard shipping containers and would be used in remote areas, as well as by the US military and in disaster response and recovery. “This commercial TRISO fuel production line is the culmination of more than 15 years of work at INL and other DOE national laboratories, in partnership with BWXT, to develop and qualify this fuel with immense potential for use in microreactors, space reactors and other advanced reactor concepts,” said INL Laboratory Director John Wagner.

Supplying new reactor types and replacing Russian supply were two of the major issues identified by Grant Isaac, CFO at Cameco, as affecting a nuclear fuel market that he said is undergoing a transition as more supplies are needed to meet growing needs.

Isaac said in a recent market update that geopolitical events - driven by need to exclude Russia from the supply chain - had raised interest in the enrichment and conversion processes.

Discussing uranium supplies, he said, so far change had been driven by the need to secure fuel supplies, rather than by rising demand. But that is changing. Utilities were still buying on a ‘replacement’ basis, rather than contracting ahead for the long term – but the market was nevertheless becoming more favourable because the price was rising. He said, “We have never started a contracting cycle from this high a price”. Isaac added that there was “uncovered demand of 1.5 billion pounds between now and 2035”. New contracts were not reducing that uncovered demand “because demand is rising”. He highlighted forecasts that suggested demand would be 225M lb/ yr and said the gap “means we need to have the equivalent of three more Cigar Lakes” added to existing operations.

Breaking down the uranium market demand in the coming period, Isaac said the geopolitical situation is “an accelerant on a fundamentally improving story”, because of the Russian invasion of Ukraine and the clean energy crisis.

He identified four growth trends. First, reactor shutdowns had been halted or delayed. He said that a dozen units had been ‘saved’ in the last couple of years that would add 6M lb of demand over the coming three years. His second trend was life extension – typically adding 20 years to a plant lifetime, to reach 60 years, but in some cases anticipating further extension to 80 years. Ten announced life extensions would add demand of 100M lb in the medium term. Third, Isaac talked about new markets for western-supplied uranium and fuel. That market – central and Eastern Europe – had not been accessible to western suppliers and with a 15M lb market it was a “pretty material contribution”. Finally, Isaac said the “enormous prize” was new build. If the market for SMRs took off as the DoE indicates, it could see 300 modular reactors built over the next two decades and that would double US uranium requirements to 90M lb per year.

Isaac described the emerging fuel cycle market as one leveraged by geopolitics and a world “where origins matter” – which could give additional value to western supplies.

It is also a market with new actors. One such is specialist commodity company Yellowcake, whose purpose is “to exploit commercial opportunities in the uranium sector, including the purchase and holding of physical uranium for the long term”. In a trading update for the six months to 30 September Yellow Cake said it had increased its uranium holding from 15.83M lb of U3O8 to 18.81M lb of U3O8. It took advantage of a decrease in the spot price from USD57.90/lb to USD48.25/lb during the period.

Chief executive Andre Liebenberg, said: “The case for buying and holding uranium, despite a much weaker economic outlook, is compelling. The underlying fundamentals for nuclear energy, particularly with recent events highlighting the need for greater energy security, continue to strengthen. We are seeing an acceleration of new nuclear build intentions, particularly from China and a broader-based appreciation of the value of the existing nuclear fleet infrastructure, with life extensions in the US and Europe and further restarts in Japan. Meanwhile, supply is still heavily constrained driven by supply side pressures and cost inflation and will not keep up with rising demand.”

Yellowcake is not the only commodity trader with a new interest in the uranium market, but as a mining company with physical assets to manage Cameco’s market view is more complex. If it is to grow, it needs long-term contracts that will allow it to take the capital-intensive step of opening or reopening facilities. Grant Isaac sees the market heading in that direction and indications include a change in contracting behaviour from customers. There was “a restoration of classic long term contracting behaviour,” he said, with tenders increasing in volume and term as utilities have become more confident in the future of their fleets.

Isaac said Cameco was also getting more market-related pricing in its contracts, allowing it to benefit from a rising market in the long term. The market had already moved from contracts with a floor price of $25-30 and ceiling of $45-50, to floors at $45-50 and a ceiling of $70-80 “more the norm”. He said the terms were not attractive enough to see the company look at greenfield sources but could consider revival at sites that are already built and permitted. It is not there yet, Isaac said, but “this market has legs”.

Cameco’s headline activity is uranium mining but it recently took ownership of almost half of Westinghouse, joining Brookfield, which had been sole owner and has retained 51% of the company. Isaac said Cameco saw Westinghouse’s front-end business as complementary to its own, but also: “Westinghouse has scarce assets, mission-critical assets that are growing in importance” and it delivers mission- critical services. He said Cameco would have liked to take a larger stake, but “We were able to get 49% from a company that would have liked to retain more of it”.

Assuming the acquisition gets all the necessary approvals, Westinghouse will be co-managed by the new partnership, he said.

Isaac said Cameco had “always been invested in the fuel cycle”. It also has a conversion plant at Hope River in Canada and Cameco has identified conversion as a bottleneck in the fuel supply chain, especially as Russia’s capacity at Seversk becomes politically unusable for western companies. “That was underappreciated,” said Isaac, and he noted that ‘overfeeding’ existing enrichment plants was an additional factor driving up uranium demand.

ConverDyn is expected to reopen its US Honeywell plant in Metropolis in 2023 but Isaac said the Westinghouse JV would allow it to bring light water reactor expertise to the Canadian plant and compete with the US supplier. It may also spark a revival in the UK. Cameco’s links with Springfields go back to 2005, when it sold conversion from the site as a tolling product for 10 years. That ended in 2014 but Isaac said, “You need the Honeywell [ConverDyn] conversion capacity back in the US, you probably need the Springfields capacity back in the UK to meet western demand”. Isaac said “we have a lot of conversion demand coming our way”. For Cameco, fuel cycle interests enhance the company’s uranium market exposure: “we can take unique conversion demand and pull into it uranium demand in a way a uranium-only producer would not be able to do. We are in the business of selling uranium and conversion under long term contracts. This is a powerful value driver for Cameco’s owners,” said Isaac. However, as with uranium supply, investment in conversion depends on a long-term order book.

Isaac said Cameco was taking on debt but uranium production was expanding, starting with restart of Macarthur River. That would pay back quickly, he noted, because the active site would see a reduction in care and maintenance costs as well as income from ore production. At the front end of the nuclear fuel cycle, according to Cameco, “the pie is growing”.