A vision for fission

Paul Howarth, CEO of the UK's National Nuclear Laboratory, looks back at the last decade of innovation at NNL, and how its focus is now shifting to advanced technology such as small modular reactors. It has been ten years since the UK National Nuclear Laboratory (NNL) was founded following the break-up of British Nuclear Fuels Limited (BNFL). The UK Government’s decision to keep this research organisation in public ownership has ensured that the UK has the capabilities to safely manage all its nuclear operations past, present and future. It will also allow the UK to respond to any domestic or international incident if ever required.

NNL should not be viewed as simply providing a safety net, however. The innovations we have developed have saved the UK billions of pounds over the last decade, and our existence could prove critical to the UK’s energy future.

One of the last remaining nuclear assets on the Government’s balance sheet, it was initially thought that NNL would move into the private sector in 2008 – along with BNFL’s other remaining assets. Ultimately, however, the idea of the public sector losing all its indigenous nuclear skills and facilities was considered too detrimental to the country’s long-term interests, and the Government decided to keep ownership of NNL.

Over the last decade, the value of our expertise has become broadly recognised, especially since Fukushima, where NNL scientists have been providing critical support. Today NNL is a diverse organisation, with expertise covering chemistry, mathematics, computing and civil engineering, alongside nuclear physics.

Working hand in glove with operators, the organisation’s responsibilities include legacy cleanup at Sellafield, naval propulsion, waste management and security, as well as research and development around existing, new and future reactors. We also reinvest profits back into future innovations.

The ability to invest in this way has helped to create world-leading facilities that allow NNL to analyse materials and manage highly-active waste and spent fuels. These have helped us develop capabilities that have led to some notable achievements over the last ten years.

For example, when the UK was scheduled to shut down the last of its Magnox nuclear reactor fleet, NNL helped to prove we could keep them operational for an additional four to five years – generating hundreds of millions of pounds worth of extra electricity in the UK.

We were also able to demonstrate that legacy nuclear waste could be stored and moved safely at Sellafield, which meant a new waste handling plant scheduled for construction was no longer necessary.

NNL’s development of a new glass vitrification technique for waste storage will also save billions from future cleanup costs. In fact, innovations like these have been helping to save the UK between £0.5bn and £1bn every year.

When we look forward to the next ten years, NNL’s true potential may lie in its ability to help tackle the enormous energy challenge. For example, the UK Government has made pledges to reduce carbon emissions by 80% before 2050 and for all new cars to be electrically powered by 2040. UK electricity requirements will skyrocket, and we won’t be able to hit those targets through renewable energy alone. That’s one of the reasons we now see some environmental campaigners advocating for nuclear.

As an organisation, NNL is collaborating with businesses, both at home and abroad, developing advanced nuclear technology and construction techniques that will help meet these future energy needs both safely and at a reduced cost. Regarding safety, this includes the development of reactors that are inherently safe – with no risk of a meltdown. And with price, we believe that the development of small modular reactors offers significant potential to make savings.

The big vs small debate

Given the nature of small modular reactors, build times could be significantly reduced which would help bring costs down significantly. These smaller reactors could also complement the large units currently under construction including Hinkley Point C, Moorside and Wylfa Newydd.

We also feel the UK could have an advantage internationally in the development of these small modular constructions. Yes, some innovation would be required, but in contrast to large monolithic power stations, the UK could supply almost all of the components and could even once again become a reactor vendor.

There are plenty of designs for small modular reactors, and this technology already has traction in the UK.  Pursuing this strategy could provide a real opportunity to develop a much stronger domestic industry that would enable the UK to leapfrog other countries.

Other countries also recognise the energy crisis confronting the world and the role nuclear will play in solving this challenge. China, for instance, is now building for nuclear at a lightning pace.

If we are to follow China’s example, we will need to build public confidence in the industry, and this will include addressing the concerns around nuclear waste. From NNL’s perspective, this means showing how the industry can safely encapsulate waste and store it away from the environment. In this respect, our current waste management and cleanup work at Sellafield will be a critical part of demonstrating this.

Having confidence in the nuclear sector will also be crucial for the Government as it looks to the future, and to how it can support the UK’s big industries which are based on science, technology, engineering and infrastructure. With nuclear involving elements of all these disciplines, it’s an industry that now sits at the sweet spot of this country’s future industrial strategy. We recognise this, and that’s why we are actively looking to pull together expertise and innovations from across different industries – with the key theme of this year’s annual NNL SciTec conference being Innovation through Collaboration.

As NNL moves forward into our second decade, we’ll be looking to measure our success, not just in the billions of pounds by which we continue to benefit the UK economy, but also in confidence generated around the industry and the innovations we develop to help produce nuclear energy cheaper and faster. 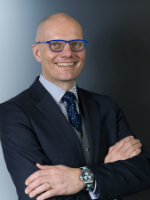