Details correct as of 8 February 2019

Brexit has been acknowledged by the UK Government to include withdrawal from many European Union entities, including the European Atomic Energy Community (Euratom). Upon the UK’s withdrawal from Euratom, expected to occur simultaneously with Brexit, the UK will no longer be able to participate in or rely on Euratom’s peaceful nuclear cooperation agreements with other countries, including the United States, as the legal framework for exports of nuclear material from suppliers in such countries.

To avoid a hiatus in nuclear commerce between the US and the UK when Brexit takes effect, currently anticipated for 29 March 2019, US and UK negotiators reached agreement on the text of a new bilateral Agreement for Cooperation between the US and UK Concerning Peaceful Uses of Nuclear Energy (often called a “123 Agreement”) in early 2018. President Trump sent the signed Agreement to Congress on 7 May 2018, for its review during 90 days of “continuous session” as required by section 123 of the Atomic Energy Act (AEA). Upon completion of that review period in August 2018, the US Department of State could have exchanged diplomatic notes with the UK Government, specifying a date for the Agreement’s entry into force. However, the UK Government submitted the Agreement to Parliament on 12 November 2018, for review, and apparently has decided that the Agreement should not be brought into force until the UK’s withdrawal from Euratom takes effect.

How could business be interrupted?

The potential for interruption of commerce occurs because retransfers of US-obligated material and components from Euratom countries to the UK post-Brexit will be considered retransfers to a “third countr[y] outside the Community”, and US consent to such retransfers will be required.  Under the AEA, US consent to such retransfers is subject to the requirements for a “Subsequent Arrangement” that are set out in section 131 of the AEA. Absent an advance US consent to a proposed retransfer of US-obligated material or components from a Euratom country to the UK, Euratom authorities would be required, on a case-by-case basis, to submit applications to the US Government seeking US consent for the retransfer.

As provided in section 131, the Department of Energy (DOE) has the lead responsibility for giving such US consent by issuing a “Subsequent Arrangement” determination, which must be published in the Federal Register for 15 days before it takes effect. However, even before approving such a proposed Subsequent Arrangement, the Secretary of Energy must obtain the concurrence of the Secretary of State and consult with the NRC and the Secretary of Defense. Executive Branch Procedures require that this decision-making process is completed within 70 days unless additional time is authorised. Consequently, if the Executive Branch does not extend its time for reaching a decision, a total of approximately 85 days will likely be required for Euratom to obtain US consent for a proposed retransfer of US-obligated nuclear materials/components from a Euratom country to the UK.

Fortunately, the Agreed Minute to the US-Euratom Agreement provides a mechanism to avoid such delays.  It allows Euratom, as well as the US, to provide their respective advance consent for the retransfer of materials and components transferred pursuant to that Agreement. Section B of that Agreed Minute states that “upon entry into force of this Agreement, the Parties shall exchange lists of third countries to which retransfers pursuant to Article 8.1(c)(i) may be made by the other Party.” If the US adds the UK to the list that it long ago exchanged with Euratom, pursuant to the above provision of the US-Euratom Agreed Minute (the “third-country list”), US consent to retransfers from Euratom countries to the UK will be provided in advance and will not require case-by-case US consent with respect to retransfers of:

Thus, obtaining US consent for retransfers of US-obligated material and components from Euratom countries to the UK can be streamlined if the US adds the UK to its third-country list. Indeed, according to the Nuclear Proliferation Assessment Statement (NPAS) which accompanied the President’s transmission of the US-Euratom Agreement to Congress, the US maintains “complete control” of its third-country list and can add countries to the list “at any time.”

Despite US control of additions to the US “third country” list, several months may still be required for the US to add the UK to its third-country list. In the past, the DOE has added countries to the approved retransfer list by using the “Subsequent Arrangement” procedures specified in section 131.[2] Indeed, the addition of a country to the list typically occurs only after that country has entered into a 123 Agreement with the US. The practical effect of this Subsequent Arrangement process is that, if the UK waits until its withdrawal from Euratom takes effect to exchange diplomatic notes with the US to bring the US-UK 123 Agreement into force, retransfers to the UK of US-obligated material and components could be delayed for at least several months after the Agreement’s effective date, until the US adds the UK to the “third-country” list established by the US.

Even if the US and UK were to begin this process now, it would likely not be completed until after the 29 March 2019, Brexit deadline. And, while a shorter time frame is possible, it is useful to consider the time the US Government required to complete similar actions in the past. For example, the US-Switzerland 123 Agreement entered into force on 23 June 1998, but the US process that was a necessary precursor for the addition of Switzerland to the approved retransfer list of the US-Euratom agreement was not completed until 12 March 1999—over eight months after the 123 Agreement entered into force. To attempt to avoid such delay, US and Euratom officials have informally indicated that they are working together in a manner that they are not able to discuss publicly at this time.  In the UK, the Department of Business, Energy and Industrial Strategy (BEIS), supported by the Office for Nuclear Regulation (ONR) and the Department for Exiting the European Union (DExEU) is evaluating the impact of exiting Euratom on the UK nuclear safeguards legal framework and taking steps to facilitate the flow of civil nuclear commerce.

What is the potential impact?

Finally, despite non-binding reassurances by knowledgeable governmental authorities, US Government consent for retransfers of US-obligated material to the UK (and consents from other governments that have consent rights) may not be obtained in time to avoid a disruption of some movements of material that are important to the conversion and enrichment of nuclear material and fabrication of nuclear fuel. Such suppliers and consumers throughout Euratom and elsewhere in the world may wish to examine their EU supply chain and inventories to determine the extent to which the timely performance of contracts for fuel cycle services requires the retransfer to the UK of material that is subject to the consent rights of the US and other countries pursuant to their bilateral agreements with Euratom. Companies may also desire to review their nuclear fuel supply contracts to evaluate the extent to which delay in retransfers of nuclear material from Euratom to the UK may constitute a force majeure event or otherwise qualify for relief under the contract.

James A. Glasgow is a Partner at Pillsbury Winthrop Shaw Pitman. He has more than 40 years of Federal government and private sector experience on a wide variety of regulatory, contractual and international trade aspects of licensing, constructing and operating nuclear power plants and facilities for mining, converting, enriching and fabricating uranium into nuclear fuel.

For further information on this article, please contact the authors at:

[1] “U.S.-obligated” material is a term of art that refers to U.S. consent rights regarding retransfer, reprocessing, and alteration in form or content of material and components supplied under the U.S.-EURATOM 123 Agreement or produced through their use.

[2] Proposed Subsequent Arrangement, 64 Fed. Reg. 9324 (Feb. 19, 1999) (proposing to add Argentina, South Africa, and Switzerland to the approved list of countries for retransfer under Article 8.1(C)(i) of the U.S.-EURATOM Agreement). 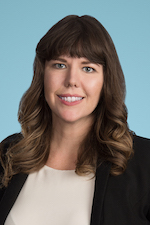 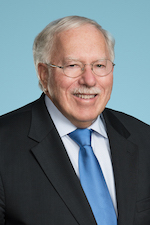